Skip to main content
Linguistics Seminar - A Scientific Analysis Must Be Attested By The Data ----- A Revisit To The Prenuclear Glide Of The Chinese Syllable
Type: Events
Venue: Zoom
Date: 05 Oct 2021
Time: 4:30 pm - 6:15 pm
Languages: English

A maximal Chinese syllable consists of an onset consonant (C), a prenuclear glide (G), a nuclear vowel (V) and a coda consonant or off-glide (X), namely CGVX, for example, luan [lwan] ‘egg’ and biao [pjau] ‘watch’. In traditional Chinese phonology, the Chinese syllable is divided into two parts: Shengmu (Initial) and Yunmu (Final), the former being C and the latter consisting of GVX, which is, however, problematic by itself in two aspects according to the contemporary phonology. First, Yunmu is ternary branching, which is not compatible with the binary principle in contemporary linguistics. Second, VX, as the poetic rhyming unit, is not structured as a constituent.

Many attempts have been made to solve these two problems in light of contemporary phonology, particularly in Onset-Rhyme (OR) model of syllable structure (Pike & Pike 1947) which is well-attested cross-linguistically. Generally, there are six different attempts to represent the Chinese syllable structure, arguing over the affiliation of the prenuclear glide, which is the typical complexity of the Chinese syllable structure and is also a big challenge for the well-attested OR model. Some attempts have proposed that the prenuclear glide occupies the second position in the onset. Some have proposed that the glide is part of the nucleus. Others regard the glide as a secondary articulation on the onset consonant. Others still think of the glide as an independent branch directly linking to the syllable node. Also some have proposed an IF model with Initial for Shengmu and Final for Yunmu which binarily branches into G(lide) and R(hyme) consisting of N(ucleus) and C(oda). And also some have put forward a universal X-bar model of the syllable to replace the OR model, based on syntactic X-bar structure. So far, there has been no authoritative opinion to conclusively decide the Chinese syllable structure.

This study is to revisit the Chinese syllable structure by analyzing the previous attempts, focusing on the prenuclear glide to see if we can find a better solution which should be not only compatible with principles of contemporary phonology, but also well satisfy the factual data of Chinese language. 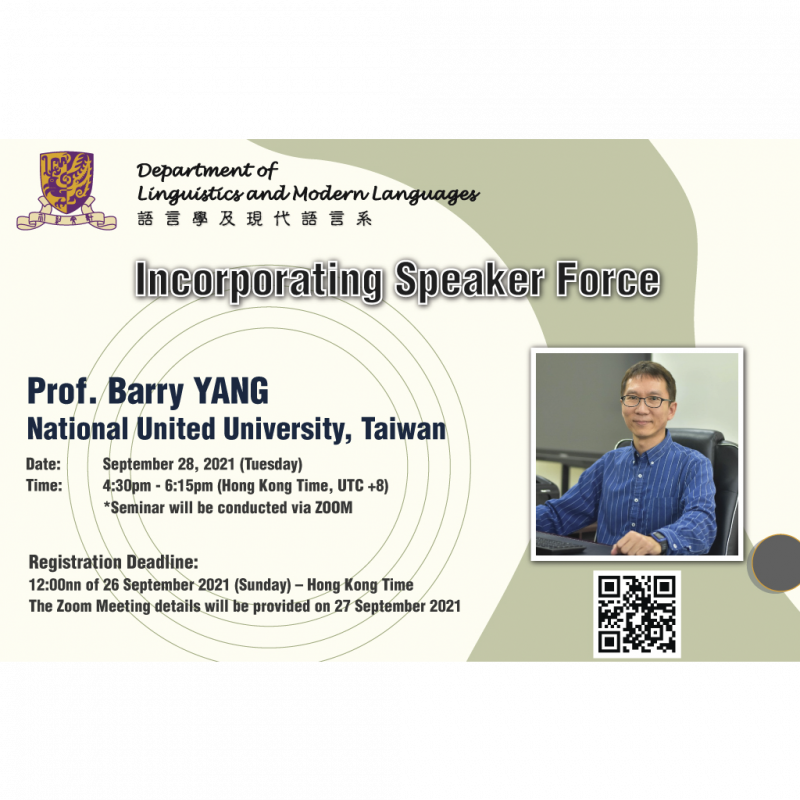 This talk aims to show that in order to account for the otherwise unexplained discourse-related phenomena in Mandarin Chinese, it is necessary to syntactically probe into somewhere higher than CP, perhaps into the discourse domain.
Explore More 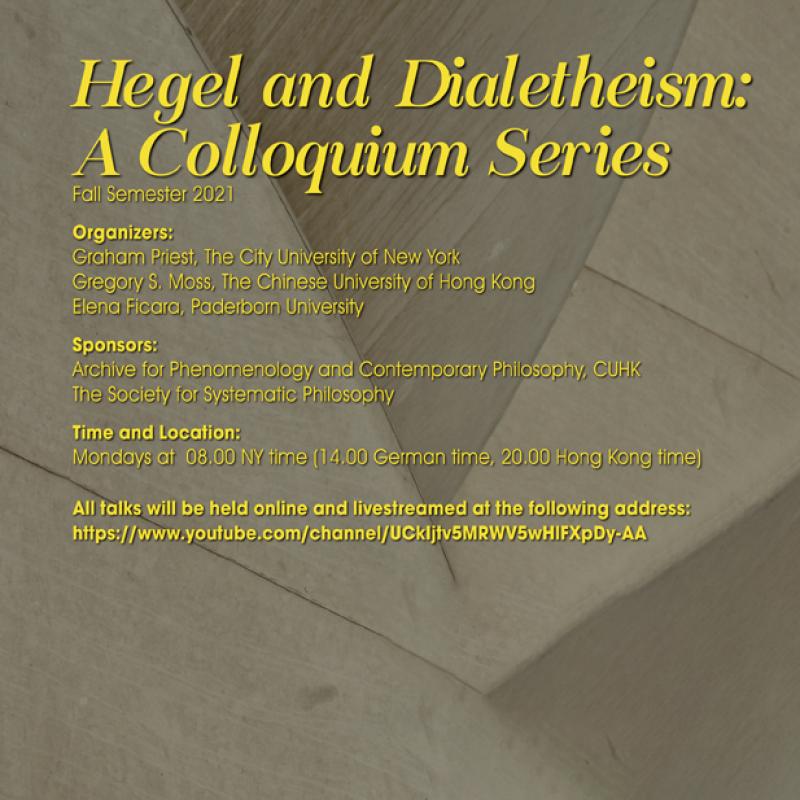 Hegel and Dialetheism: A Colloquium series