Prof. Pai Hsien-yung Kenneth, Distinguished Professor-at-Large, delivered a series of three evening public lectures at the University on the classic Chinese novel The Dream of the Red Chamber, between 29 January and 2 February 2018.

The subject of the talks, The Dream of the Red Chamber - the epic late-18th century saga by writer Cao Xueqin, which has spawned its own academic discipline - attracted hundreds of students, alumni, staff members and members of the public. In his opening remarks preceding the series, Pro-Vice-Chancellor Prof. Fok Tai-fai paid tribute to Prof. Pai's boundless charisma and his contribution to rejuvenating the propagation of Chinese culture.

Prof. Pai, an avid scholar of The Dream of the Red Chamber, shared his views on the novel's use of poetry, its two different major versions and power of tragedy in its final portion across the three lectures. 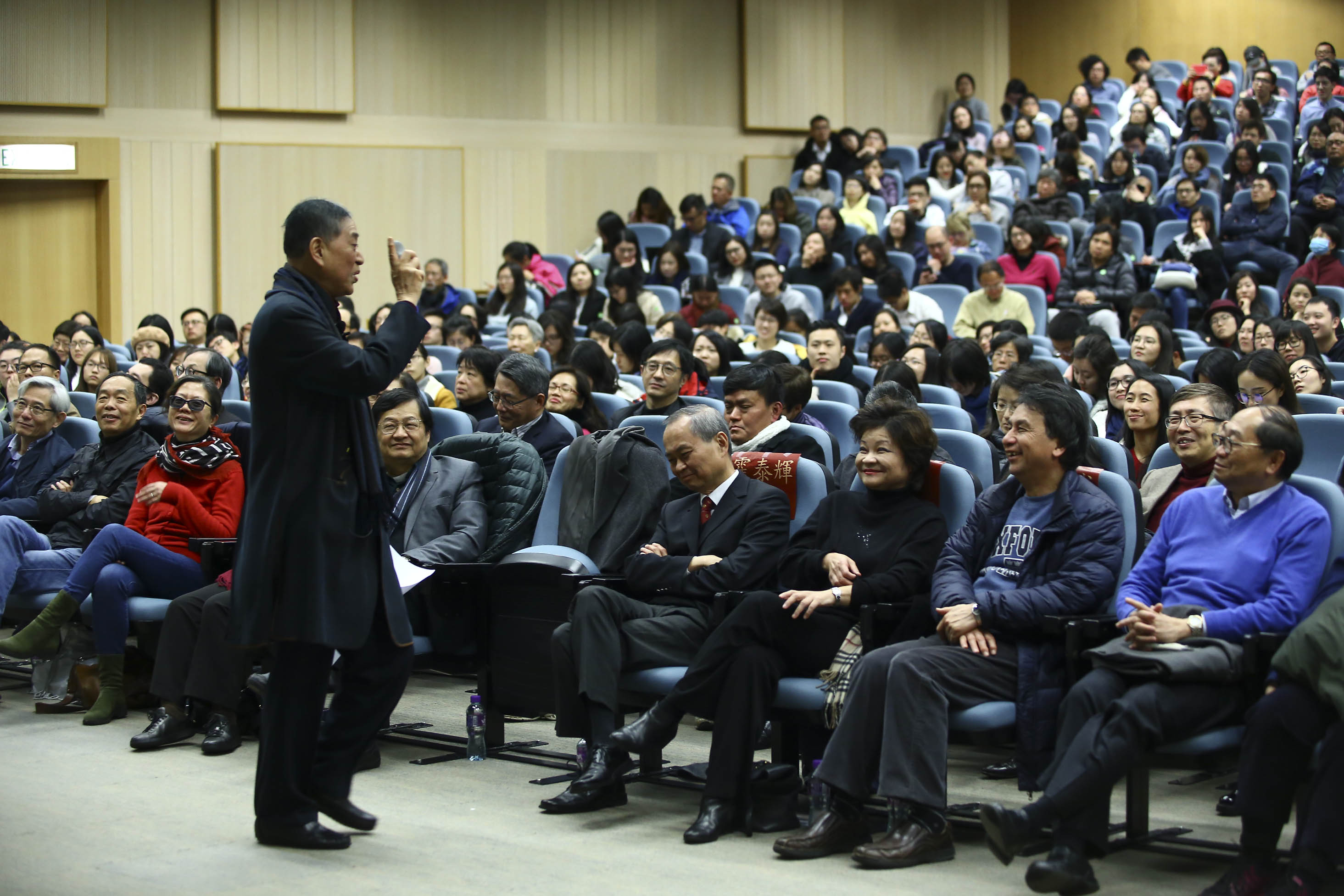 In the first lecture, Prof. Pai analyzed the links between the plot of The Dream of the Red Chamber and the many poems and lyrics featured within, explaining how the poetry featured in the novel often acts to foreshadow its storyline. He called the novel an "epic elegy" to the peak refinement of culture in Qianlong-era China, and pointed out the many symbolisms in the book's characters, like the contrast between the protagonist Jia Boayu and his father, Jia Zheng.

The second lecture was a discussion on the comparison between the two major versions of The Dream of the Red Chamber, as reflected through the side character You Sanjie, whose brief appearance and subsequent suicide in the middle section nevertheless rippled throughout the book.

Prof. Pai's final lecture focused on the power of tragedy in the final 40 chapters of The Dream of the Red Chamber, as exhibited by the red cape worn by Jia Baoyu as he becomes a monk in the final chapters, and the tear-filled handkerchief burnt by Lin Daiyu before her death.

Book signing sessions following the first two sessions attracted legions of eager fans of Prof. Pai's writings. He also answered questions on a variety of topics related the The Dream of the Red Chamber following the final session. All three lectures, conducted in Mandarin, can be watched in full on the Facebook page of the Faculty of Arts; footage of the lectures have attracted a total of over 8,000 views to date. 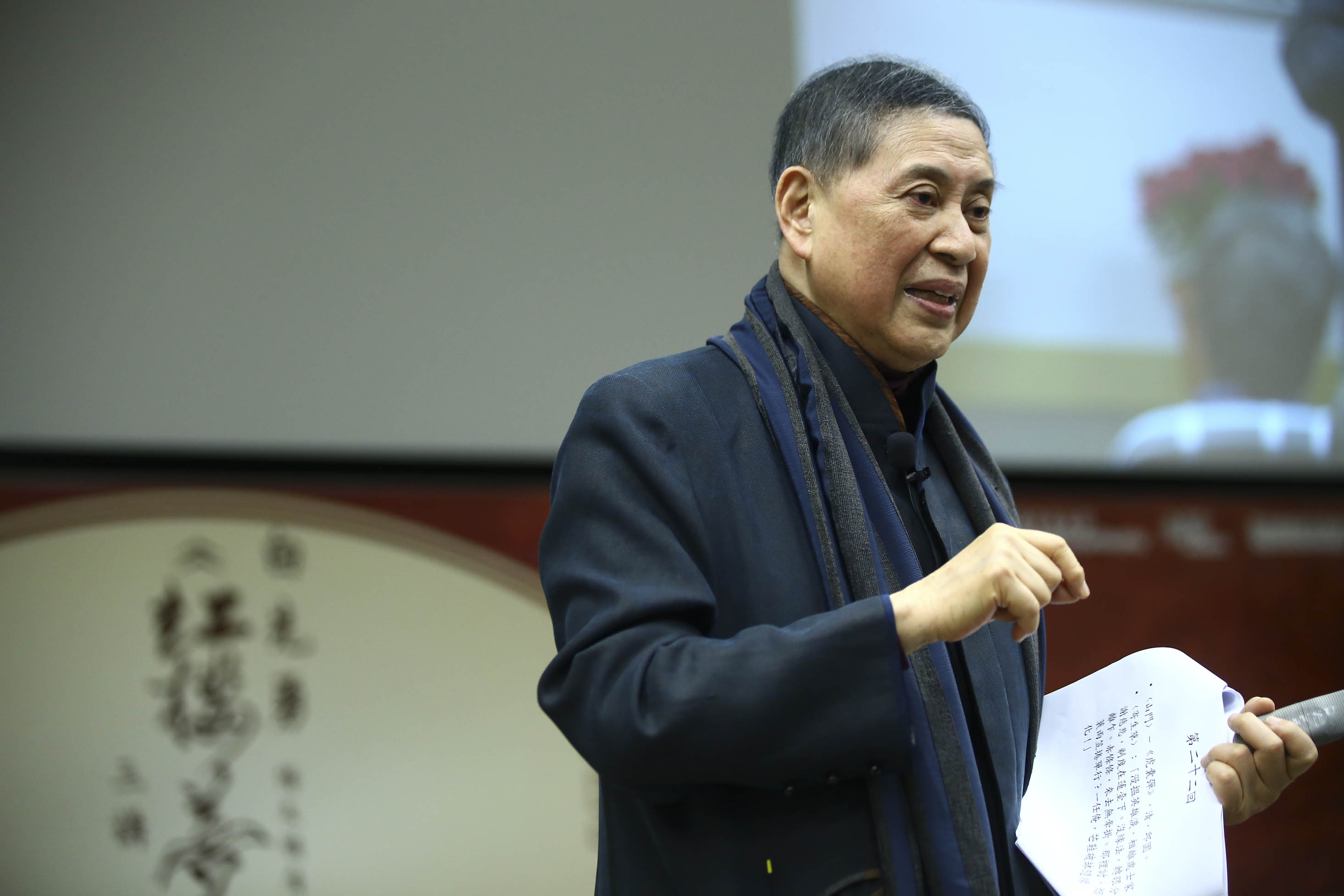 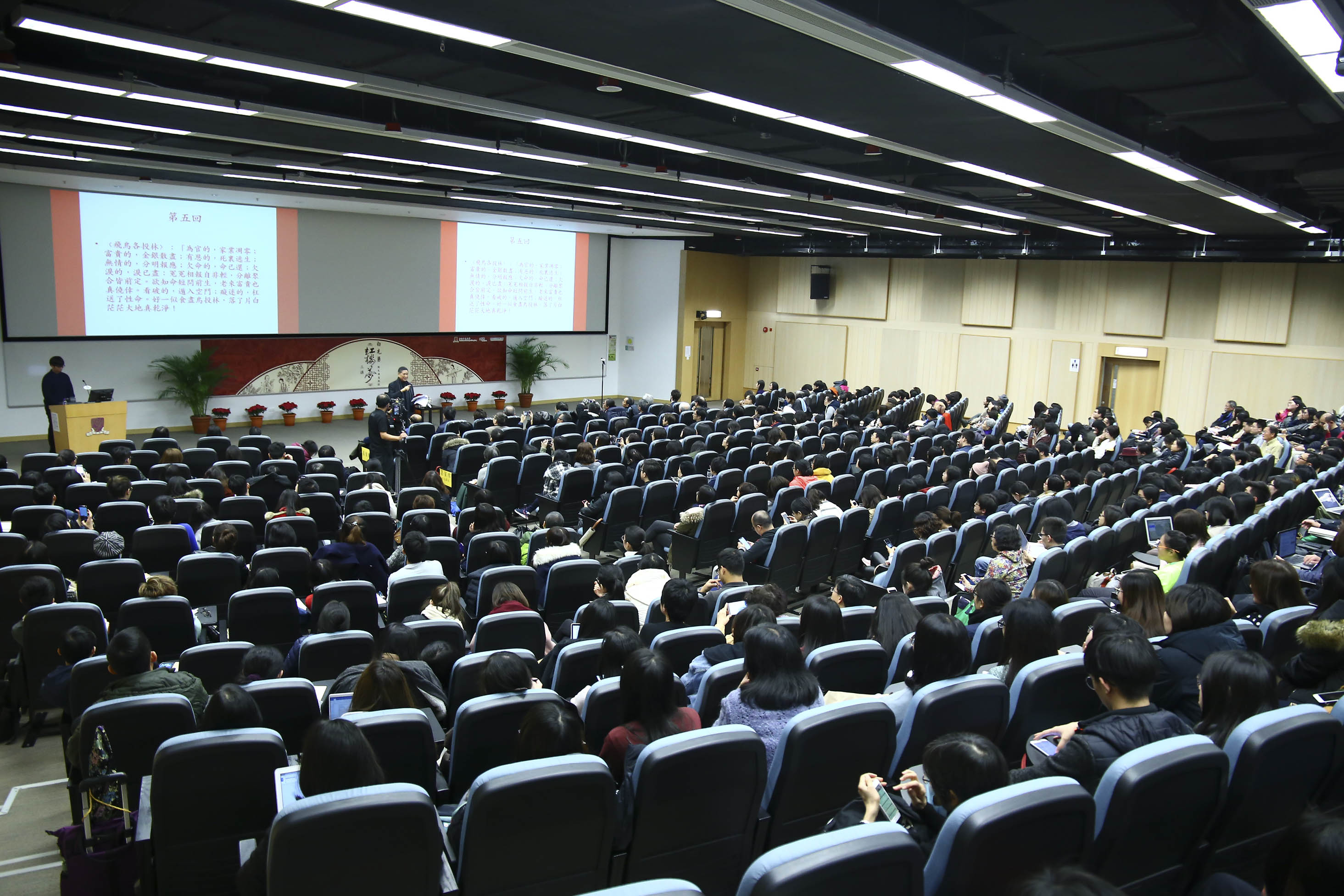 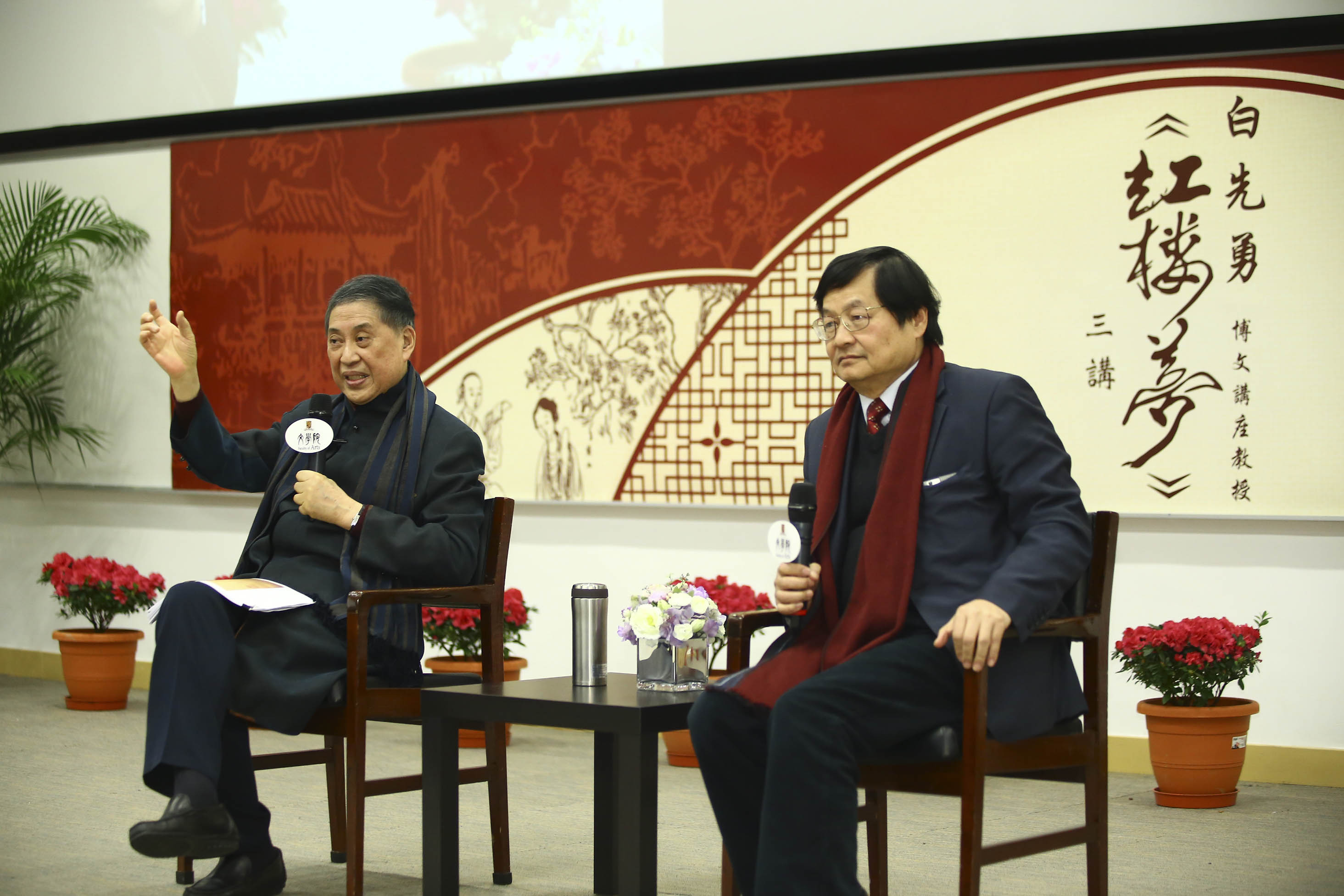 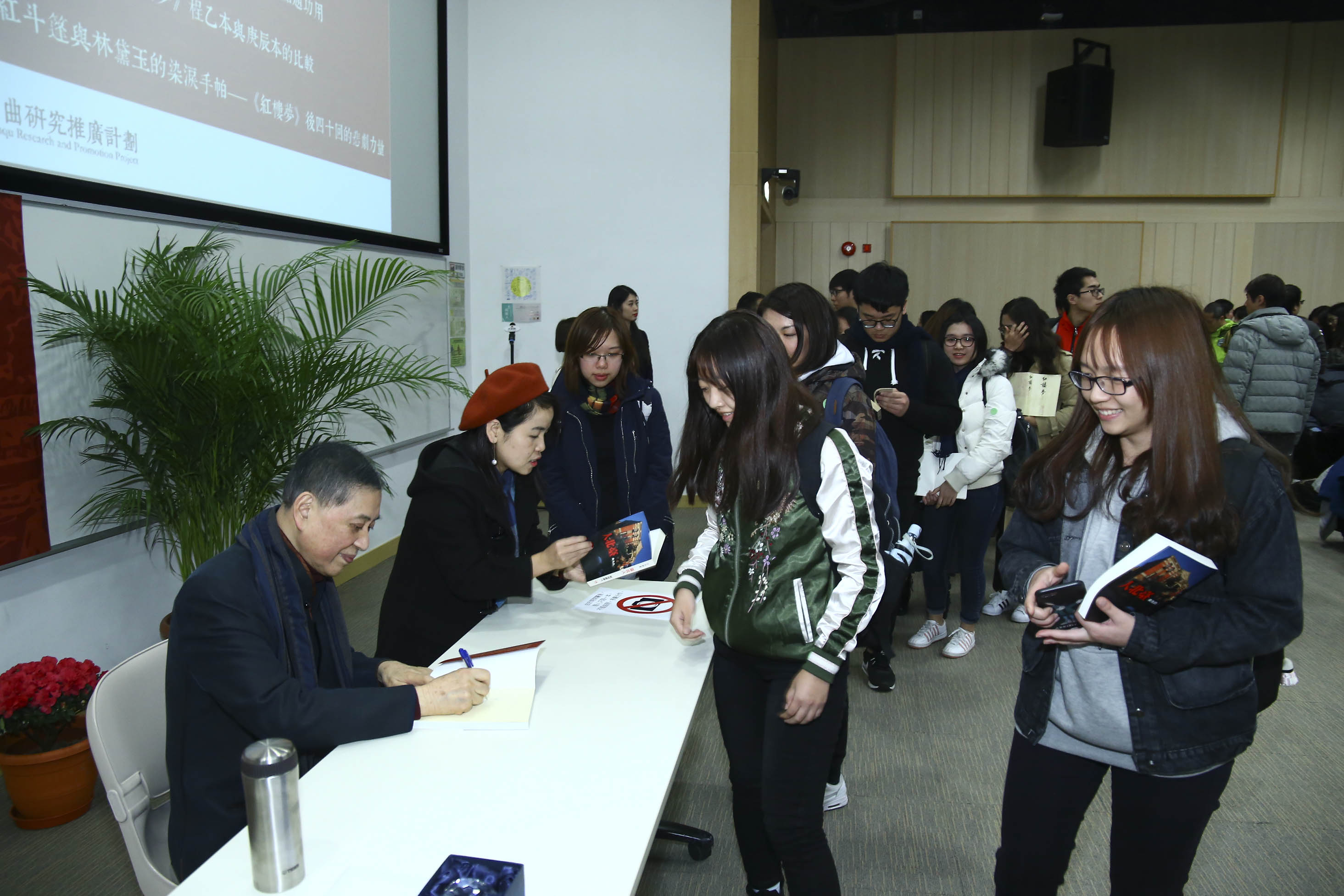 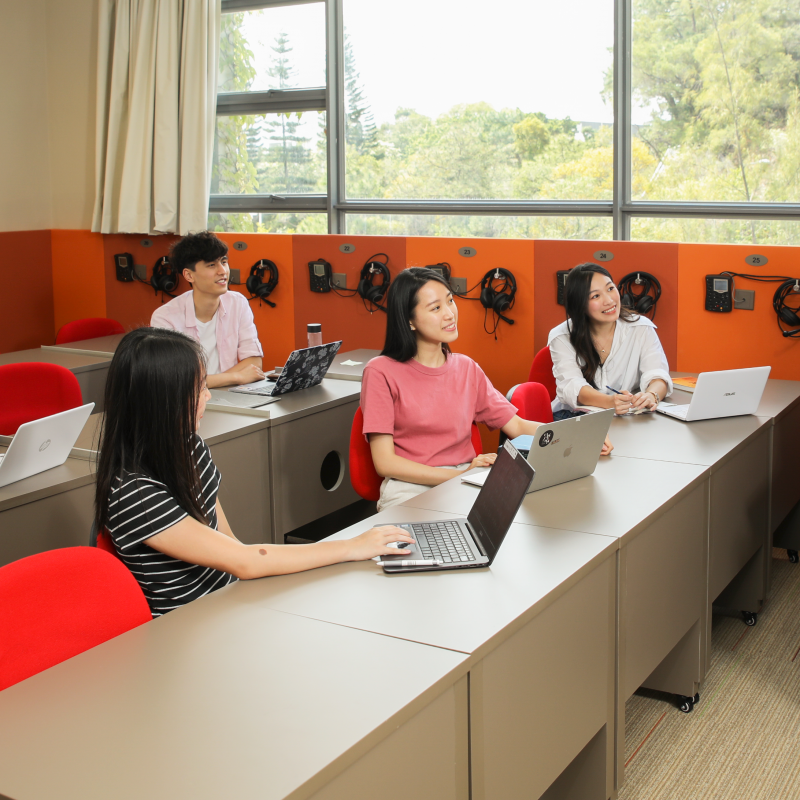 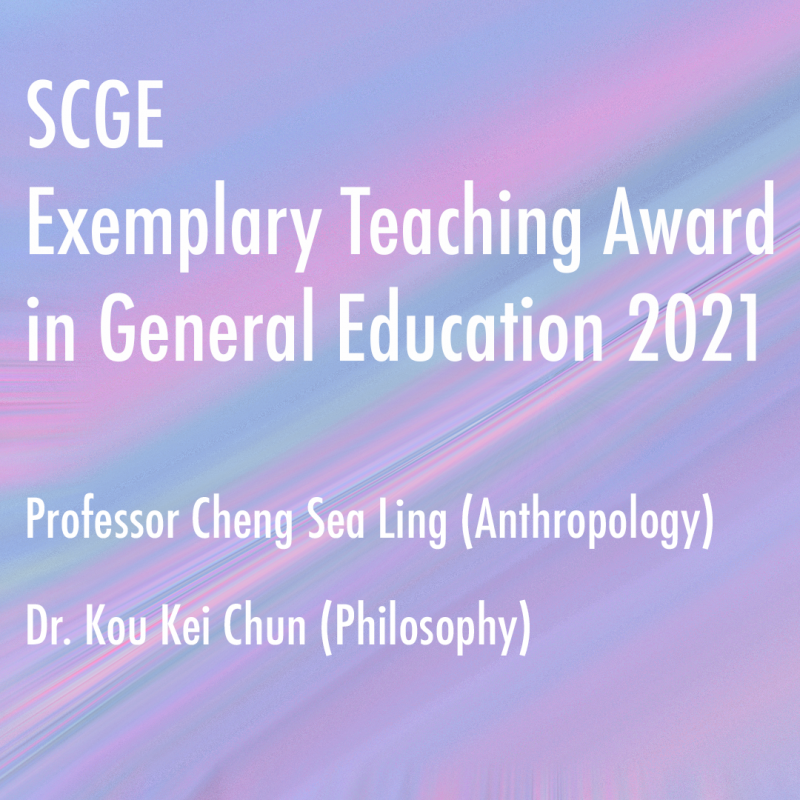